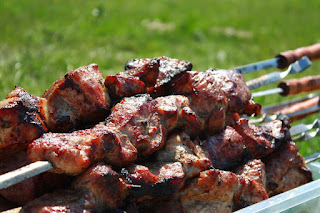 Anyone who manages people will tell you that there are three days where people are more likely than any other to take a sickie – Monday, Friday, and the day after a bank holiday!

Adrian Lewis, commercial director for Activ Absence has seen it all over the years and has a few tales to tell.

“One of our customers started our discussion by telling us he had got a massive absence problem after bank holidays, hence he wanted to get Activ Absence.  He didn’t really have a holiday recording system, even a paper one.  He 'planned' for bank holiday Tuesday by booking a load of agency staff in advance to cover absentees.  In the past, by Tuesday morning, the temps would all be out on assignments and when he’d rung for cover there was nobody available at short notice.  So, as he didn’t have the tools in place to tackle absentees, he pre-booked agency staff ‘just in case’!”

It is a common problem – and the client had a common sense solution!

So what is it about having that extra day off that makes people want to stretch a long weekend into an even longer one?  Adrian says it’s a complex situation:

“Of course, there is a tendency for your typical regular absentee who takes frequent sickies anyway to take advantage of the break in routine to take another one – but most HR managers know who they are anyway - they aren’t the only problem.”

“The British Bank Holiday culture is simple, let’s drink more, let’s have a barbecue, let’s go out for the day – we break routine and increase risk.  Drinking more can lead to hangovers – barbecue food is often undercooked in the middle and increases the risk of food poisoning, (which doubles in barbecue season!).  There’s more cars on the road so traffic is more stressful and the risk of accidents is increased and the extra day off breaks the routine leading us to feel more relaxed – take all of that together and you can create a perfect storm, so it is perhaps crazy to just expect everything to be ‘normal’ the day after!”

A recent survey found 94 per cent of barbecuers had at least one habit that risked the health of their guests – such as undercooking raw meat or cross contaminating food by leaving cooked and raw meat together, and one in five people have become ill as a result of food being under-cooked or because of the chef’s bad habits - a sobering thought as your people are tucking into their delicious blackened (but not necessarily cooked) burgers on a sunny bank holiday afternoon.

So, how can Managers reduce the tendency for absence to rise after a bank holiday?  Your staff are not children, and it is likely that your giving them barbecue advice will be seen as patronising, though you could maybe do a fun blog post on how to barbecue safely based on Food Standards Agency advice.

Adrian says: “The first thing is to start measuring and see how big a problem you have, where and why.  Our tool, Activ Absence, is great for doing that.  Your holiday recording system should be able to tell you who is typically off, when, so you can tackle frequent bank holiday absentees.  Once you can identify a specific problem, it’s not so hard to tackle.”

“It’s also important that you educate your staff, so they realise that taking that extra day off if they aren't really ill will have an impact on their colleagues and on the business.  Absentees are not generally bad people, they just haven’t understood that their absence has an impact.  Once people realise that, absence normally drops by 30%.”

“You have to be realistic.  You can’t stop people enjoying their holiday.  Barbecues, travelling etc. are all part of that and there will always be a higher rate of absence because of that!  So, bottom line, if you tackle the regular absentees, hopefully that will make up for the genuine absences that occur due to other factors.”
at 10:31:00