The dog has eaten my car keys – our top 20 worst excuses for throwing a sickie! 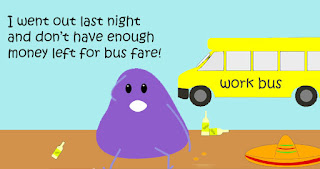 As you know, Activ Absence attended this year’s CIPD Annual Conference and had a fantastic time catching up with clients and friends, new and old.

We also took the opportunity to compile a new list of silly excuses for sick days given to HR managers in this week's prize draw - these excuses may even find their way into our next 'silly excuses' video which we are hoping to make in 2016.

Over the two day event Activ Absence collated more than 60 genuine excuses managers had heard from their teams and shortlisted the funniest 20 excuses.

The top three excuses were:

“I don’t have the bus fare to get to work after my night out!”

“I dreamed I had come to work, so thought I was there and stayed asleep!”

“I went on a sunbed and got sunstroke”


Pet ‘emergencies’ were also high on the list – and not just emergency visits to the vet, with one employee demanding two weeks bereavement leave after the death of his pet cat and another taking a day off because his ‘hamster seemed sluggish’.

Naughty animals also seem to take the blame for many a late day or sickie, with excuses ranging from exotic animal bites to dogs fouling work clothes and eating car keys.

Activ heard a whole host of unusual injuries and ailments, from post coital injuries to bangs and scrapes – though perhaps the bravest excuse was ‘my boss has given me a headache!’

The best excuse however came from Jacqueline Palmer at Carillion, who has won herself a bottle of champagne because her employee had honestly admitted they couldn’t come in, because they had been out drinking the night before and didn’t have enough money left to get the bus into work! The team were left shaking their heads in disbelief.

Adrian Lewis, Director, Activ Absence comments, “We can all laugh at some of the ridiculous excuses we’ve heard, and the bare faced cheek of some people who use the death of the same grandmother four times in a row, and even smile at the laddish humour of those who dare to phone in sick because their football team lost.

“However, the fact is, sickness absence is a serious matter that costs the UK £29 billion a year (1) and in the midst of a fragile economic recovery, that is money that is desperately needed by UK businesses to protect jobs and to enable us to compete on an international playing field that is sadly driven by cheap overseas labour and unethical work practices.

“Tackling absence certainly doesn’t require a big stick and a stern HR presence but it does require better processes and technology to help HR managers get on top of their absence management and be able to analyse root causes of problems.”