Would your business be able to cope with a sick-out? 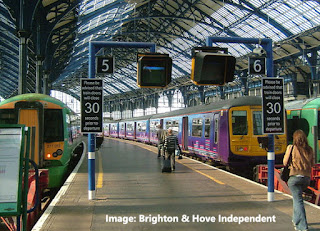 This week, RMT members have faced accusations of organising an unofficial 'sickout'.  The dispute is getting ugly on both sides, with the union alleging bullying and harassment and Southern Rail blaming network problems on a high number of conductors off sick.

Southern Trains have stopped short of making direct allegations, but have blamed 'unprecedented' levels of sickness among conductors as the reasons for recent cancellations and disruption to its services, leading to MP Peter Bottomley accusing the conductors of organised industrial action in the form of a 'sickout'.

Whilst many UK businesses are familiar with strike action, which sees staff unpaid, a sick out takes the form of employees calling in sick en masse as a form of protest.

If enough staff take part, a sick out can seriously interrupt the daily operations of the target company or agency.   Examples where sickouts have been used are in Detroit, earlier this year, where it is illegal to strike, so teachers phoned in sick for two days, and by a large number of British Airways workers in July 1997, who did not officially take part in a strike but phoned in sick on days where other staff were striking, meaning they would still be paid.

Employers without a suitable provision in their sickness policy could see themselves left vulnerable. With no appropriate policy in place,  employers could be left with no choice but to pay sick pay during a 'sickout'.

Aisleen Pugh, Associate at Bircham Dyson Bell explains on her blog how employers could prepare for this eventuality in advance:

"Employers should consider in advance of any strike action how they will deal with employees who call in sick on strike days -  particularly those who offer enhanced sick pay, for example requiring a medical certificate for one day’s sickness absence even though this is likely to depart from your normal sickness absence reporting procedures (which typically provide for self-certification in the first seven days' sickness absence) and/or a referral to your occupational health provider (bearing in mind, of course, the associated costs of this course of action).

"It will be important to ensure that any departure from your standard sickness absence reporting procedures is carefully communicated to employees prior to the intended strike action.

"Employers should also be mindful of the forthcoming changes to the Trade Union and Labour Relations (Consolidation) Act 1992 proposed in the Trade Union Bill 2015 which provides that workers in important public services (which includes education of those aged under 17) will only be able to take industrial action if, in addition to the amended 50% turnout requirement, at least 40% of those entitled to vote have voted in favour of the action."

While sickout could be considered a form of strike, it is not quite the same thing as a strike, and therefore the UK could see it used as a future tactic where a union cannot get the required turnout to support an official strike mandate.

"If the use of this tactic increases, then a consistent sickness and absence policy will become even more important for employers," says Adrian Lewis of Activ Absence.

"It is concerning to note that most businesses manage sickness and absence via a spreadsheet, and keep limited records on their return to work process (if they have one at all).  This means businesses would struggle to pull out accurate data that would support any allegations of a sickout, which may not even be officially admitted by union members.

"There are many reasons for employers to put in a sound return to work process and to automate their absence management - not least that it increases employee engagement, and makes it easier to defend against claims of harassment in sickness absence disputes.

"It's interesting to note that Southern Trains have as yet failed to release any data about the exact numbers and nature of illness of the staff it says are off sick, one wonders what tools they use to manage and monitor sickness?

"Whoever is giving the accurate picture is not a matter for us to comment on, but we hope that the underlying dispute is resolved quickly and that the company and union are able to work together to get services running.  All these very public allegations are likely to have a huge impact on customer confidence - with staff, customers and the business, all coming out worse off."