Neil Taylor: There will be sickies for Wales this Wednesday

We've been saying for years at Activ Absence that key sporting events create a rise in sickness absence - but this week we have an unusual ally. 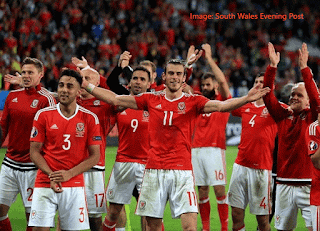 As Wales prepare to bring the game to Portugal on Wednesday, welsh defender Neil Taylor suggested that the nation should ‘declare a bank holiday’ this Wednesday:

“Perhaps they could do it for the Portugal game or there will be awful lot of people taken sick that day.”


Now, as it's not even the final of EURO16, it was never going to happen and Wales will be in work on Wednesday.  Fortunately kick off is at 8pm, so we won't be missing the game - thank goodness.

Our absence management expert Adrian Lewis did however agree with Taylor that the Wales game could lead to sickies, though he expects Thursday to be more affected than Wednesday.

“When a game kicks-off at 8pm, that day should be fine.

"However, I’d worry about Thursday, when the hangovers kick in – and that's dangerous, one day before the weekend people are more likely to take a two day sickie, especially if Wales win.

“Employers should therefore get a good team spirit going in the office ahead of the game, to make it a fun place with an atmosphere that makes people want to come in and celebrate with their colleagues!"


On being asked what happens if Wales lose, Adrian dismissed the possibility:

“I’m proud to be welsh and 100% behind the team so I'm not considering the prospects of them losing - I'm already thinking about the final!"


Win or lose, Thursday should be a day when welsh businesses let their staff celebrate how far Wales have got this year in work, perhaps with a more relaxed demeanor than normal.

Here in our Bridgend-based office, even the die-hard rugby fans are suddenly embracing football enthusiastically.  We're all looking forward to a welsh match, and like the rest of the Nation are pinning our hopes on a welsh win.  Adrian summed up the mood:

“After all the divisions and unpleasantness arising from the EU referendum, sport has reunited Wales and lifted our mood.  I sincerely hope that the dream continues past Wednesday and that our National team bring home the EURO16 cup.”