Whilst of course Activ Absence is a great way to monitor, record and manage absence, a software solution is only part of the solution to your absence issues.  This series of articles focuses on very simple ways that employers can really help their staff improve their health, tackling sickness with a pre-emptive strike and working with their people to create a positive culture of wellbeing.

Post 3 of 5 - Make sure your staff have great looking water - its better for your staff than coffee!

Rarely have I worked in a building where coffee and tea are not part of the culture that gets you through the day.   I've worked in places where there are plenty of tea and coffee vending machines and a big fizzy drinks dispenser, but no easy access to water.   There would be an almost instant riot in most workplaces if staff didn't get their morning coffee!

Caffeine may be a popular addiction, yet the FDA in the US claim that as little as 600mg a day is generally considered toxic to the body. That’s the equivalent of four to seven CUPS of coffee. Keep in mind that a standard size cup of coffee is 8oz - if you’re using a mug or getting your fix at a coffee house, chances are you’re drinking 16 ounces or more per cup. This image from Wikipedia highlights the many effects of caffeine overdose: 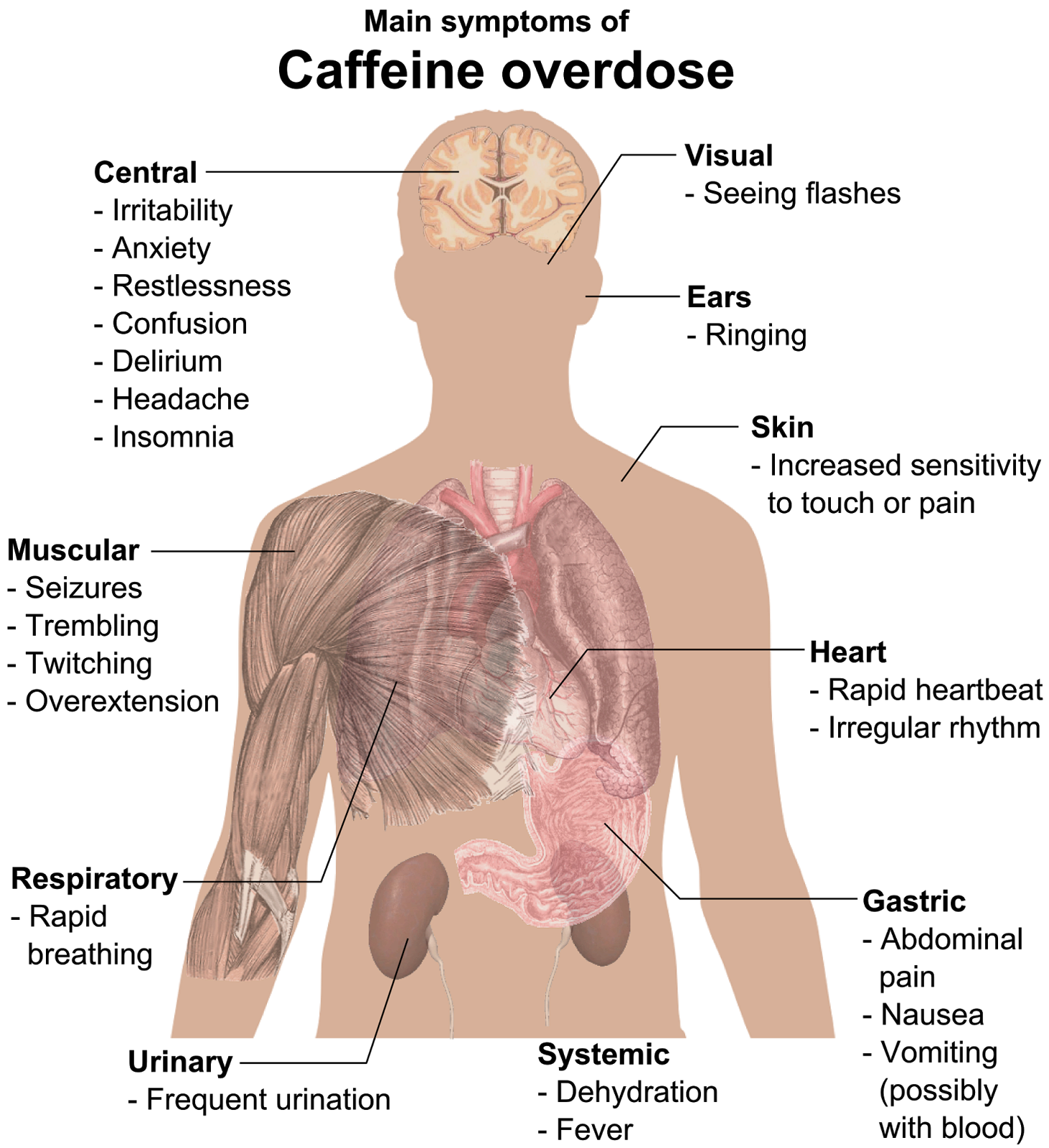 None of the above are good for your staff's wellbeing, yet excessive coffee drinking at work is ingrained in our culture.

The Benefits of Encouraging Staff to Drink Water instead

A new study by Dr David Lewis found that drinking water can help to ward off flu.

His research found that people drinking less than 8 small glasses of water a day massively increase their chances of getting flu, a stuffy nose or a sore throat.

His study found it is important to keep hydrated so the lining of the nose is moist.

'The first line of defence is the mucous membrane in the nose,' said Dr Lewis.
'This acts like a sticky flypaper to trap things like dust, dirt and bacteria and prevent them getting to the lungs. If you are dehydrated, the mucous membrane will dry out. When this happens, it is half as effective.'

To test their ability to deal with stress, they were subjected to a loud klaxon and their recovery times assessed.

Roughly 60 percent of the body is made of water. Having the right fluid and electrolyte balance helps transport nutrients in the body, regulate body temperature, digest food, and more.  It also keeps muscles working at their optimum level, improves skin condition and is helps improve kidney function.

In fact, as a sufferer of kidney problems drinking water throughout the day is quite important to my health, Now I'm no angel and a proper caffeine junkie but I do take advantage of the water from our spotlessly clean sink purely because when my kidneys function better, I don't catch every bug going!

It is clear therefore that most employers (and their staff) would improve the health of their staff by presenting water as an alternative drink at work.

Present Water as an appealling option

Nobody is suggesting that your staff should be deprived of their daily caffeine fix, but the least you can do is make sure it isn't the only logical choice. 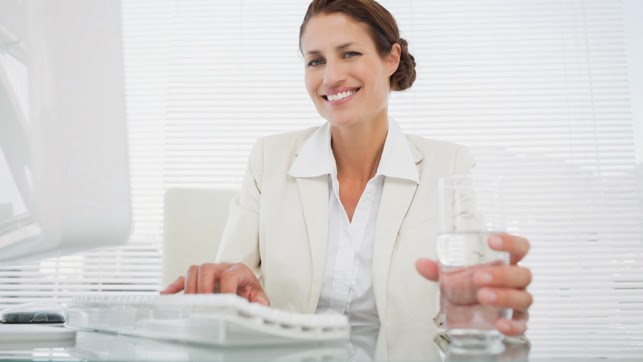 Fizzy drinks manufacturers compete effectively even where coffee is given free, because they spend a fortune on making their cans look appealing as a cold drink choice, but they are often just as unhealthy, being laden with sugar, additives and caffeine.   Likewise, coffee adverts represent glamour, attraction and sex appeal.

If we would prefer staff to make healthy choices, we should think about the way we present them  - who wants to drink water in dirty glasses from a grubby sink in the corner - yuk!

Where you CAN make a difference as an employer is by ensuring that they have water readily available and presented in a hygienic, appealing way - and lead by example!