HR Managers may not care too much about rugby, but the start of this year’s Six Nations tournament will being HR challenges – in fact some commentators have said the biggest match of the tournament will, as always, be Rugby -v- HR. 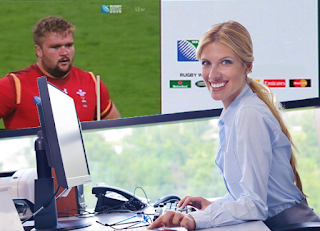 The Six Nations challenge sees the UK’s regions joined by Italy and France to compete for the RBS Six Nations trophy.  The first match of the tournament takes place this Saturday as Scotland takes on Ireland at the BT Murrayfield stadium.
Here’s just some of the issues HR Managers can expect to see during the tournament:

Diversity, racism and equality
As always, strength of feeling may be running high and extend off the pitch into banter between different fans.
It’s colloquially said this side of the Severn bridge that Welsh supporters cheer for two teams – Wales and any team playing England!  However, England, Ireland and Scotland’s fans are equally proud and supportive of their National teams.
Rugby is a multi-cultural sport with a very good track record for diversity on the field, and in South Africa the sport helped reunite a divided Nation.  Sadly last year we saw some on-pitch racist taunting from Joe Marler towards welsh player Sam Lee.  Hopefully this year won’t see a repeat.  However, any on-pitch drama has the potential to create conflict between workplace colleagues.
It’s important for HR to make sure what happens on-pitch, stays on-pitch and doesn’t descend into all out war in the workplace between opposing fans.

Hangovers, sickness absence and presenteeism
In most home nations a big drinking culture accompanies international games.  Thankfully, none of the fixtures are midweek, but there are still likely to be consequences.
A Sunday match usually means an increase in ‘Sickie Mondays’ as people recover from a weekend of over-indulgence, or those who had travel delays.
Similarly, Saturday games often see workers trying to sneak off early to travel to the game.
One welsh rugby fan who will be literally supporting HR over the tournament is absence management expert Adrian Lewis, who has spent more than 20 years helping HR tackle challenges with software.  He’s an ex player for the London Welsh squad, as well as his local team – and still coaches his village team Bryncoch RFC.

So what top tips does Adrian have to keep HR Managers in control as the Six Nations Tournament begins?

1.  Reinforce expected behaviour ahead of time
Given the intense competition between nations, it’s important to remind people about behaviour ahead of the first match. Make it clear that racism, sexism and homophobic language and behavior are not acceptable in the workplace so that on-pitch drama stays on the pitch.  National pride cannot be allowed to create conflict in the workplace, make sure nobody feels bullied and that any workplaces discussions are good natured and inclusive, whichever nation your workplace is located in.

2. Don’t forget about presenteeism!
It may seem commendable that people come into work despite the worst hangover – however, if they are in work but not capable of working, then they are just impacting on productivity.  The UK already has productivity challenges, and in some cases operating machinery or driving whilst still under the influence is dangerous and in some cases illegal – if someone is hungover and still clearly inebriated, having them in to make up the numbers is not worth the risk.  Again, decide clearly what your policies regarding alcohol and hangovers should be and make sure the policy is enforced.  Circulate the policy and make sure everyone knows what the rules are.

3.  Make sure you have a clear absence management plan
HR should not be surprised if absence increases during the tournament, however being prepared for it will reduce the impact.  HR Managers will benefit by keeping an eye on key sporting fixtures for their region.  Six Nations fixture dates are here.
Ahead of the tournament, remind staff on your policy on sickness absence.  More than half of employed adults believe their work performance is negatively impacted when attendance policies are not fairly enforced throughout an organisation, so make sure sickness absence rules apply equally to management and staff.

4.  Educate your staff
Staff often do not realise that short term absence has a big impact on the company’s bottom line and are more disruptive to the business than long term sickness.   Our HR software allows staff to see their own Bradford Factor, which discourages short term absence.  You could subtly discourage sickies by asking staff  if they want to book Friday or Monday off ahead of the weekend fixtures (so they know their excuses are not likely to work!)

5. Use return-to-work forms and interviews
Sporting sickies almost always have repeat offenders – it’s usually the same people swinging the lead.   However, how can managers challenge sickies if they don’t have data?
Activ Absence incorporates a complete return to work process so data is reported and analysed, but even if you don’t have an absence management system, you can still use self certification forms and conduct return to work interviews to keep an accurate history of absence.  Recognising patterns and trends gives managers the tools they need to tackle the problem – although its important to give the employee a chance to speak – there may be other factors you hadn’t considered, so keep the interviews non-judgemental and fact finding.  You can decide on action later.
Using a formal absence management process helps managers:
Once a pattern of absence is identified (of course, automated systems will usually do this for you via trigger points), you can determine what action to take – and prompt action avoids escalation.
Sometimes a timely word from a line manager early on can prevent a pattern escalating into a major discipline problem involving unions, HR and legal teams.  Often, that ‘quiet chat’ (notes recorded of course) negates both the absence escalating and the need for further intervention.

6. Kick out staff planning spreadsheets!
If there was one tool I’d like to see kicked out of an HR Manager’s toolkit it’s spreadsheets for staff planning.
They create more problems than they solve and have a bad track record for managing people, they are prone to error, prone to pc crashes and offer zero in the way of reporting and analysis.
Maintaining spreadsheets creates a dependency on HR for information, line managers don’t often have access to staff absence information, so they can’t see who’s off sick, who’s taking annual leave and who took time off, why and when.  This means in practice that by the time a situation is escalated to HR, there is already a big problem.  It also means HR are flooded with a sea of calls about how much annual leave people have left, who can take what, when, and then liaison calls between the employee, line manager and HR.  Honestly, it doesn’t have to be that complicated!
Absence management systems like Activ Absence are designed for the job – employees self service leave requests, the system calculates leave allowances and line managers can deal with most issues… leaving HR free to to the job they trained for.  If you are worried about money, the systems usually pay for themselves in terms of reducing sickness absence, improved staff engagement and streamlined reporting – all of which frees up an HR Manager’s time to do more important tasks, as well as giving useful data enabling better targeting of wellness budgets.
Adrian says:

“Spreadsheets are the problem – not the solution.   If they were on a rugby field, they’d be scoring tries for the opposition!”

We hope you’ve found these six tips useful – and no matter who you are rooting for this Six Nations, we hope that HR emerges as the winner!

Blue Monday is here again - but wouldn't you rather have 'Happy Mondays'? 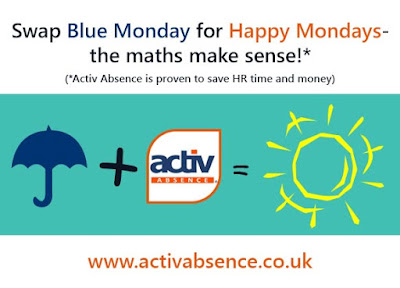 First day back and only 4% of Senior Execs think HR is highly effective? WHAT?


Having worked in the HR software field for some time now, I was very disappointed to see the findings of a recent global survey sponsored by Deloitte Touche Tohmatsu and the Economist Intelligence Unit.
The study found only 4% of the senior business executives surveyed thought their HR function was 'highly effective' in addressing the needs of the business.
60% of respondents described HR’s capabilities as “adequate but needing improvement,” and another 30% said “significant improvement” is required.
I wonder how busy those senior executives will be today, on the first day back after a Christmas break.  Their HR colleagues will be flat out, trying to simultaneously compile last year’s End of Year Staff Holiday Report whilst already juggling the first holiday requests for 2017.
What the senior execs fail to appreciate, as they glance through the HR reports, is all the hassle that the HR team endured in order to deliver a seemingly smooth performance, and all the challenges HR dealt with that went unnoticed, not in the report because potential problems were averted.
Staff holiday planning is a good example.  If there has been no leave crisis in that senior exec's team that year, it's probably because someone in HR spent time treading a delicate balance to keep everyone happy, motivated and most importantly ensured adequate leave cover.   What seems insignificant took time and effort.
These battles are no better illustrated than on the first day back to work, as staff argue, race and cajole in order to secure the best holiday dates.  HR will be the judge, peace-keeper and will have to regulate the in-house arguments over who placed their request first, who deserves the best dates and why as the excuses mount up.
The admin burden is just as tiresome - and it seems, wholly unappreciated.  According to data from top auditors, 80% of HR Managers have to use paper forms, spreadsheets or an office wall planner, even though leave planning software has existed for years now (Activ Absence is in its 10th year).
Note to senior colleagues: HR cannot perform miracles on a shoestring without the tools to do the job.
Paper is messy, important data is often lost and reporting is time consuming and disjointed. Spreadsheets often result in lost data due to human error, PC crashes and confusion.
Change is overdue and most HR practitioners are calling for it, indeed Activ Absence saw a huge rise of enquiries from HR Managers in December.  Our customers range from employing 5 staff to 5000, and we are used to working with HR professionals across all types of organisations, including charities, SME's, blue chips and start ups.
We have the utmost respect for HR professionals because we see first hand the difference their contribution makes to the workplace.  In fact, we take pride in being able to help most of them - and if we can’t help or meet their needs, we’ll tell them that honestly.
However, the main challenge for HR is not in finding a software provider like us, but in persuading senior execs that the profession makes a massive difference to the business, and is worthy of investment in software.
It doesn't inspire confidence when HR reads their colleagues 'don’t think HR supports the business well enough’.
Perhaps senior execs, in their technology rich specialities, could take a walk in HR shoes for a day and see exactly what it's like to be managing as best you can without the aid of technology and it seems without the support of your colleagues.
My New Year message to the unsung heroes of HR, is we’re among the 4% who appreciate the huge difference you make, and we will strive to keep supporting you.
Have a fantastic 2017 everyone.
at 16:39:00 No comments: