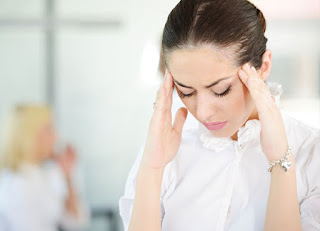 It seems an ironic question for an absence management software company to ask, but as a new ONS report shows the lowest recorded absence levels since records began in 1993, it is important that employers ask themselves honestly whether any change in sickness absence is down to fear and presenteeism trends rather than a healthier workforce.

Many larger organisations have simply 'toughened up' on their absence management policies for dealing with staff sickness, rather than investing in systems which would deliver more support for unwell staff and distinguish sickies from genuine employee illness.

Minor illnesses (such as coughs and colds) were the most common reason for sickness absence in 2016, accounting for nearly a quarter of all sick days (24.8% of the total days lost), closely followed by musculoskeletal problems (including back pain, neck and upper limb problems) at 30.8 million days (22.4%).
11.5% of sickness absence was attributed to mental illness (including stress, depression and anxiety) which resulted in 15.8 million days off sick (11.5%).

Those with the highest rates of sickness absence included women, older workers, those with long-term health conditions, smokers, public health sector workers and those working in the largest organisations (those with 500 or more employees).
Reductions in sickness absence rates over the last 2 decades include workers with long-term health conditions, workers aged 50 to 64, and those working in the public sector, with public sector organisations responding to calls for them to tackle absence after traditionally higher rates than those seen in the private sector.

Staff need to be healthy, not scared and sick in work

“It’s great to see any reduction in sick days, most notably in the public sector.  We know that this has almost certainly come from concerted efforts to manage sickness absence better, and we’ve enjoyed working with our public and private sector clients to put the tools in place to support sick workers more effectively.

“My concern is that some employers are still not be getting the balance right – it’s not just about improving the figures, we want staff to be healthy, not scared to take time off.   Many employers have ‘tightened up’ on policies without any analysis or investment in tools to give meaningful data.


"I recently heard of a public sector employee with pneumonia, clearly too sick to work, who was afraid of being disciplined under a sickness absence policy, so went into work anyway.  Ironically, the sickness monitoring system being used by that organisation only measured long term absence and could not even identify the ‘odd sickie’ trends which are far more disruptive to the business.
Presenteeism is a very real concern.”

“We are really a nation of mucus troopers, with people more likely to go to work when ill than stay at home when well.


“Sickness absence rates have fallen steadily over the past decade, and let us not forget that working people put in billions of pounds worth of unpaid overtime each year.”


Statistics are not always accurate

“Many manual spreadsheets and payroll-only systems do not give accurate estimates of staff sick days anyway, so for some organisations these figures will be a guess at best.  In my opinion, a proper automated absence management system with good reporting tools will not only accurately measure absence but will also distinguish between employees who swing the lead and identify those genuinely sick employees in need of support (not discipline).

“The right systems need to be followed up with best-practice HR policies, such as conducting return to work interviews, even for short term absence – with the focus being on support, not judgement.  The resulting analytics can also be used to identify opportunities to improve staff health and wellbeing – and can help make sure your benefits strategy is aligned with these goals.

“Any strategy to reduce sick days should never include scaring genuinely sick people back into work.”